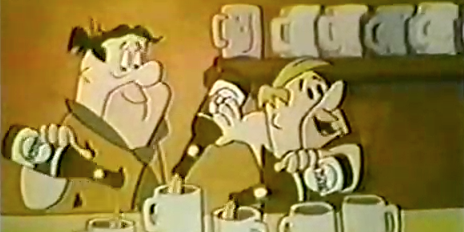 Fred & Barney For Busch Beer in Retro-Awesome Commercial (circa 1967)

In this 1967 TV commercial, Fred Flintstone and Barney Rubble of The Flintstones are pitchmen for Busch beer. The ad was apparently produced for employees of Budweiser. I say they pull it out of the archives and run it again.

In today’s politically correct, make-everything-vanilla climate, I wonder what the response would be to Homer Simpson drinking and endorsing a real beer (other than the infamous Duff). I’d watch it, share it, and drink it.

This site uses Akismet to reduce spam. Learn how your comment data is processed.